In the first post (https://www.greenreedtech.com/aws-compliance-as-code-with-chef-inspec-using-aws-lambda/) we looked at getting Chef InSpec to run in an AWS Lambda function and in this post we extended that functionality by writing the the output to a JSON file that gets stored in S3.

The code used in this post can be found on Github – https://github.com/martezr/serverless-inspec

The standard output generated by InSpec is in a human readable format that is absolutely perfect for humans, but we want the output to be in a machine readable format like JSON.

The first thing we need to do is update the InSpec command to output to JSON but we also want to be able to look at the Lambda Function output and see the human readable format.

To allow us to enable both use cases we just need to leverage two reporters for the InSpec command output. The first reporter is the cli which is the human readable format and then we’ll write the JSON format to a JSON file to be used later in the Lambda function.

The updated command outputs the human readable format to the Lambda console as well as the cloudwatch logs associated with the Lambda function.

Now that our InSpec command is generating JSON output we need to add it to a timestamped file for uniqueness when it’s uploaded to S3. Our first step is to load the JSON from the temporary inspec_output file created by the InSpec command and then use that data as the input for our final JSON file that will be upload to S3.

The code above references the function below which handles the timestamp generation and writing the JSON file to disk in the /tmp directory.

Once the Lambda function completes we should see a new JSON file added to the S3 bucket specified in our environment variables. 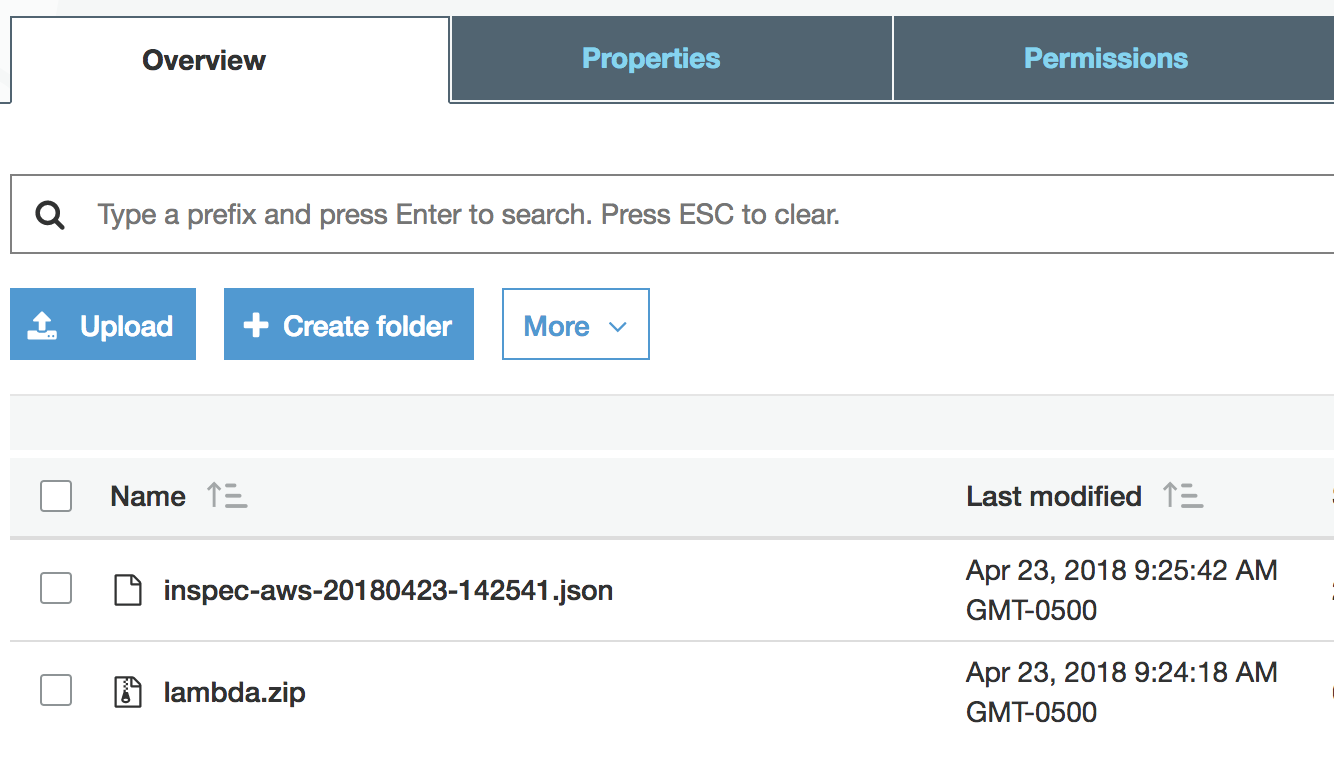 Triggering a vRO workflow with Jenkins